Getting rid of unwanted fat can be challenging. Even with the strictest diet and most intense exercise regimen, many men and women still find themselves with stubborn pockets of fat that just won’t go away.

For years, liposuction has been the answer to this problem. While effective, liposuction is semi-invasive and does result in a little downtime for the patient. But now, there’s a new way to remove unwanted fat that doesn’t require surgery or incisions: CoolSculpting®.

CoolSculpting is a fat removal method that utilizes the science of cryolipolysis to cool fat cells, causing them to break down and die. The procedure is non-invasive and works by attaching the CoolSculpting machine to the skin so it can freeze fat cells while leaving the skin, nerves, and muscle tissue unharmed.

If you’re considering CoolSculpting, you probably have some questions. What follows are some of the most common questions we get asked about CoolSculpting treatments here at Wilmington Plastic Surgery and Skin Care MedSpa. And, of course, if you have a question that’s not answered here, all you have to do is give us a call at 910-509-7546.

Am I a Good Candidate for CoolSculpting?

CoolSculpting is ideal for men or women who have small to moderate fatty areas that have not gone away with diet and exercise. CoolSculpting is not a weight-loss procedure, nor should it be used as a primary means of losing weight. People with cryoglobulinemia, paroxysmal cold hemoglobinuria, cold agglutinin disease, and certain other autoimmune diseases may not be good candidates and should consult with their primary care physician before pursuing CoolSculpting.

Is CoolSculpting Safe for My Whole Body?

CoolSculpting has been approved by the FDA as being safe for removing fat from the following areas:

How Many Areas Can Be CoolSculpted at Once

While CoolSculpting is non-invasive, it can overwhelm the body if too many areas are treated at once. During your consultation, we’ll work with you to develop a treatment plan that details exactly which areas will be treated, and when, in order to help you achieve the ideal results.

How Long Does CoolSculpting Take?

A typical CoolSculpting session lasts between an hour to an hour and a half. The length of each session depends on your treatment plan, which areas are being targeted, and how large or small those areas are.

How Many Treatments Will I Need?

The total number of treatments the surgeons at Wilmington Plastic Surgery will recommend is determined on a case-by-case basis and depends on the number and size of the areas you want to target.

How Much Time is Needed Between Treatments

Best results are seen when treatments are performed no less than 60 days apart. 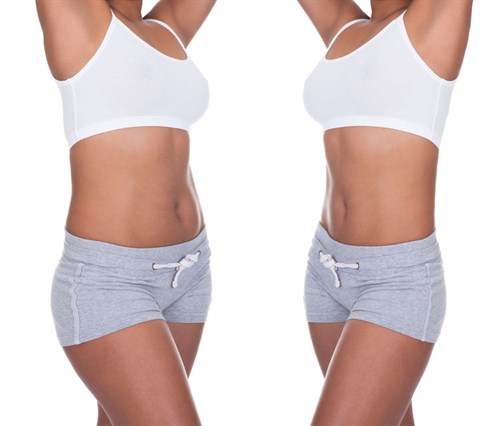 How Long Does it Take to See Results from CoolSculpting?

Patients generally start noticing results between 30 and 90 days after their first procedure. In some cases, it can take up to six months before patients see their “final” results.

How Long Does CoolSculpting Last?

The results you achieve with CoolSculpting can last for many years if you take care of yourself. CoolSculpting is not an alternative to diet and exercise. Continuing to eat healthily and working out will help you maintain the results of CoolSculpting for a long time. Not doing so, however, will most likely result in continued fat development.

Will I Gain the Weight Back After CoolSculpting?

Again, CoolSculpting is not a weight-loss treatment. If you do not maintain a healthy lifestyle, eat well, and exercise after CoolSculpting, there is nothing to stop your body from generating more fat cells.

Can You Compare Coolsculpting to Liposuction?

While they both remove fat deposits from the body, the similarities between liposuction and CoolSculpting stop there. Liposuction requires general anesthesia and an incision to be made in order to be performed. It also requires more downtime and recovery time. Coolsculpting is performed while patients are awake, involves no incisions, and requires no downtime.

Most people don’t describe the treatments as painful so much as uncomfortable. There may be some mild discomfort as the skin is attached to the applicator and again for a few hours after treatment, but that’s about it. In fact, patients tend to be so relaxed that they simply watch television, or even fall asleep, during the treatment.

What Are the Side Effects of CoolSculpting?

CoolSculpting side effects tend to be very mild if they occur at all. Some patients may experience redness, swelling, itching, or bruising at the treatment site. Severe reactions, like paradoxical hyperplasia, have been recorded but are very rare.

How Do I Prepare for CoolSculpting?

First and foremost, you’ll need to determine which of our North Carolina CoolSculpting locations you’d like to visit and contact us to set up a consultation. On the day of your first procedure, you can get ready by wearing loose-fitting, comfy clothes and bringing something to keep you entertained during your treatment.

Is CoolSculpting Covered By Insurance?

Generally speaking, CoolSculpting is not covered by insurance since it is considered to be strictly cosmetic. That said, there is no harm in talking to your insurance provider to see what they will and won’t cover.

Another major question we get asked is, “How much does CoolSculpting cost?” That’s a tough question to answer, since the cost depends on the duration of treatment, number of total treatments, and areas being treated. Each CoolSculpting treatment plan we develop is highly customized to suit the needs of our patients, so there is no single rate for CoolSculpting.

The good news is that we offer complimentary consultations so you can find out everything you need to know about CoolSculpting and determine whether it’s right for you. If you’d like a no-obligation consultation, or if you’re ready to go ahead and schedule your appointment, simply click here.